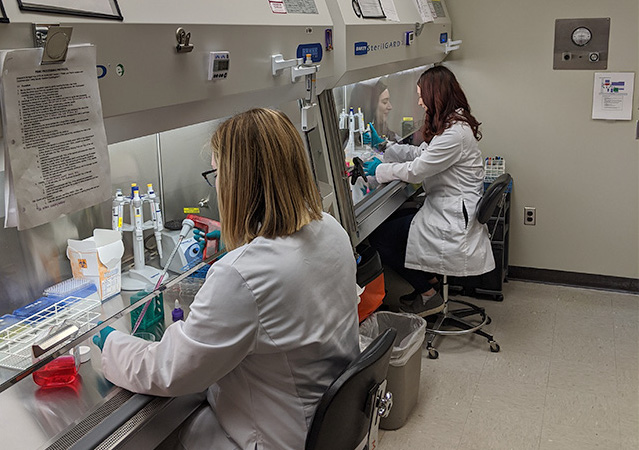 Myasthenia gravis (MG) is an autoimmune disorder caused by antibodies against proteins at the nerve-muscle communication point. Within that common, well-defined pathology, distinct subtypes of MG exist. The underlying cause and response to treatments likely varies based on patient age (early vs late onset), thymus abnormality (thymoma, thymic hyperplasia or thymic atrophy), and antibody status (acetylcholine receptor antibody, muscle specific kinase antibody, or an absence of detectable antibodies antibodies-seronegative MG). The causes of each sub-type likely differ. Therapies exist, but they have significant side effects and some patients respond poorly. Studies show that even with treatment, some patients have poor quality of life.

What is myasthenia gravis and what causes this disease?

Myasthenia gravis (MG) is a rare autoimmune disease that occurs when the body’s immune system attacks its own tissues and cause muscle weakness. It is a rare neuromuscular disorder. The name myasthenia gravis is a Greek and Latin expression that means “grave or serious” “muscle weakness.” The exact cause of myasthenia gravis is unknown. Under normal conditions, when nerve impulses are transmitted, a chemical called acetylcholine is released at the nerve ending to bind to acetylcholine receptors on the surface of muscle cells. This action then activates and initiates muscle contraction. In patients with generalized MG (gMG), the body produces antibodies that attack the acetylcholine receptor sites and thus impair the transmission of these signals from getting to the muscle cells that control voluntary movements and cause muscle weakness.

What are the signs and symptoms of myasthenia gravis?

Myasthenia gravis has the following characteristics however symptoms may vary from person to person. The first noticeable symptoms of MG typically start with muscle weakness in the face, neck and jaw then progress onto arms and legs afterwards. However, symptoms can also be sudden and severe with characteristics of general muscle weakness making it difficult to diagnose.

Below are some of the symptoms of MG:

How is myasthenia gravis diagnosed?

Since myasthenia is a rare disease, it can be difficult to diagnose and often times may require multiple tests. Once the doctor or specialist reviews a patient’s medical history and asks about the symptoms, one or more of the following exams/tests are used to diagnose MG:

What is a myasthenic crisis?

A myasthenic crisis is life threatening and it occurs when muscle weakness affects breathing resulting in respiratory failure. Myasthenic crisis is to be taken seriously; immediate medical attention is needed that requires the use of intubation and mechanical ventilation. A crisis can be triggered in several ways. Strategies to prevent exacerbating MG include avoiding overexertion, preventing infections with careful hygiene, and managing stress.

What is the treatment for this disease?

There is no cure for MG at this time, but treatments have shown to improve muscle weakness and manage the disease. Most common medications for MG are immunosuppressant drugs such as prednisone to help suppress the immune system and/or cholinesterase inhibitors such as pyridostigmine to boost Acetylcholine levels and increase communication in order to initiate muscle contractions.

Who is affected by this disease?

Myasthenia gravis can occur at any age, and anyone can develop this disease. Women between ages of 20–40 and men between ages 50 and 70 are most likely to develop myasthenia. In addition, while MG does not commonly affect those under 21 years of age, babies born from mothers with MG can develop neonatal myasthenia, which is a temporary muscle weakness that can go away once antibodies are cleared allowing the baby to develop normal muscle strength.

I have myasthenia gravis, are my children at risk?

Myasthenia Gravis is not an inherited disease nor is it contagious. However, a genetic predisposition to autoimmune disease can run in families. In addition, MG can occur in more than one member of the same family.

As this is a rare disease, there are no known ways to prevent it. However, if diagnosed some measures can be taken to avoid exacerbation of the disease such as avoiding overexertion, preventing infections with careful hygiene and managing stress. Due to unknown reasons in some cases, some patients may go into remission or become symptom free.